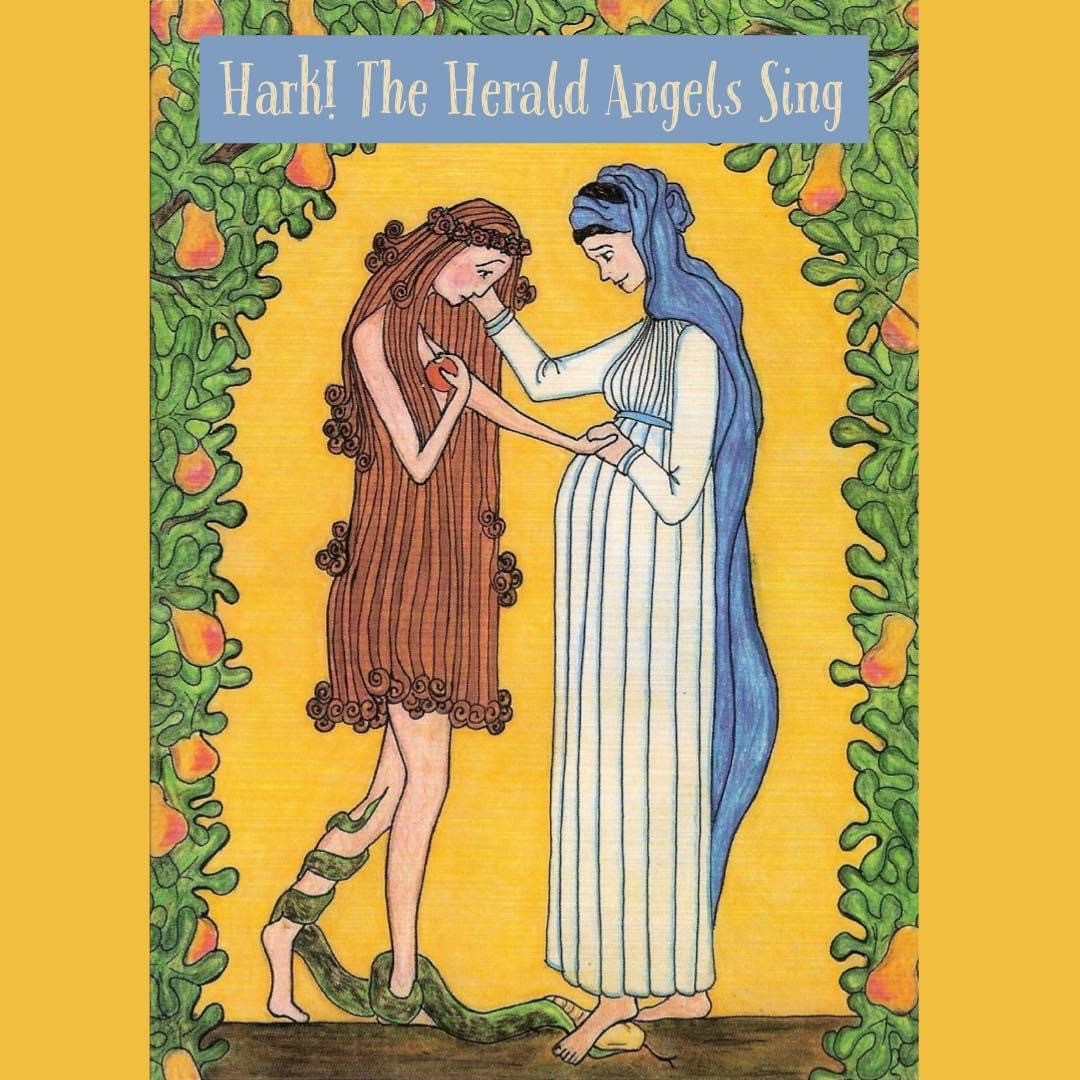 Come, Desire of nations, come, fix in us thy humble home;
rise, the woman’s conquering Seed, bruise in us the serpent’s head.
Adam’s likeness, Lord, efface; stamp thine image in its place.

One of the most intriguing stanzas from this popular Christmas Carol is often left out of modern covers of this classic written by Charles Wesley and later paired with music by Felix Mendelssohn. What does a "conquering seed" and "serpent’s head" have to do with Christmas? As it turns out, a lot…

Come, Desire of nations, fix in us thy humble home;

In the Old Testament book of Haggai, the Lord says, "I will shake all nations, and the desire of all nations shall come: and I will fill this house with glory.” The “Desire of Nations” is Christ Himself. First scorned and rejected, He will ultimately be lifted up, drawing all men and all nations unto Himself. (Matthew 21:42, John 12:32 and Revelation 7:9). In spectacular fashion, God no longer indwells the Tabernacle or the Temple in Jerusalem, but now he indwells, makes His home in us, in spite of all our brokenness. "Do you not know that you are God’s temple and that God’s Spirit dwells in you?” 1 Corinthians 3:16. God has filled our “humble homes” with the glorious riches of His presence!

rise, the woman’s conquering Seed, bruise in us the serpent’s head.

The beautiful image of Mary comforting Eve, while crushing the head of the serpent wrapped around Eve’s legs is pregnant with meaning and wonder. In the garden of Eden, where God created the first man, Adam, all was perfect and right with the world. Adam walked in right relationship with God and his relationship with Eve and all of creation was without blemish or fault.

When sin entered into humanity through the crafty serpents' trickery and temptation of Eve and her husband. The curse of sin is death, guilt, separation from God and brokenness of all that exists in the material plane.

Yet, embedded in their rightful punishment, the Lord offers a mysterious promise to Eve while addressing the Serpent (Satan)- “And I will put enmity between you and the woman, and between your offspring and hers; he will crush your head, and you will strike his heel.” Genesis 3:15. Indeed, Satan took his best shot, attempting at every turn to thwart, eliminate, discredit and destroy Jesus. While Jesus willingly chose the cross, it was Satan who entered into Judas Iscariot, prompting his betrayal that led Jesus’ arrest, trial and crucifixion. Yet, it was only through Christ’s death and resurrection that the head of the serpent could be crushed and the Enemy’s grip on mankind could be overcome.

The comfort that Christmas offers each of us, as pictured in Mary’s tender touch on the face of a guilt-stricken Eve is that we are no longer condemned by our sin. "For the sin of this one man, Adam, caused death to rule over many. But even greater is God’s wonderful grace and his gift of righteousness, for all who receive it will live in triumph over sin and death through this one man, Jesus Christ. Yes, Adam’s one sin brings condemnation for everyone, but Christ’s one act of righteousness brings a right relationship with God and new life for everyone.” Romans 5:17-18. Jesus is the true and better Adam, who has recreated mankind in His image, restoring us into a right relationship with God and reconciling man with one another and all creation. We no longer carry the stamp of guilt and shame, but instead we have been sealed by the Holy Spirit and have been imprinted with the likeness of Christ for all eternity!

Hark! All you who have received this Good News of the newborn King who has reconciled God and sinners! Let us sing louder than the Angels! Consider this, the angels can never sing the songs of salvation which belong to God’s people forevermore… "to us they were ministering the things which now have been reported to you through those who have preached the gospel to you by the Holy Spirit sent from heaven—things which angels desire to look into.” 1 Peter 1:12